SR-NIEL and Geant4 for electrons

The screened relativistic treatments for electrons [Geant4: Class G4eSingleScatteringModel (2014)] protons and ions are included in Geant4 simulation code (see also A. Bagulya et al. (2017)). Several tests were carried on to verify consistency of the latest Geant4 version with respect to the SR-NIEL analytical treatment.
Some bugs were spotted and corrected in the next patches that will be distributed in the coming months. The lastest version of the SR-NIEL classes is available in this website.
The following results are obtained with the patch already applied.

The easiest geometry was used in these tests: Electrons incident on a slice of Silicon. The numer of incident electrons and the thickness of the slice were tuned to get enough statistic with resonable computing time.

Total Cross section in Geant4 code and in SR-NIEL were computed and compared for Electrons incident on a Silicon target.
The mean difference is less than 0.1%. 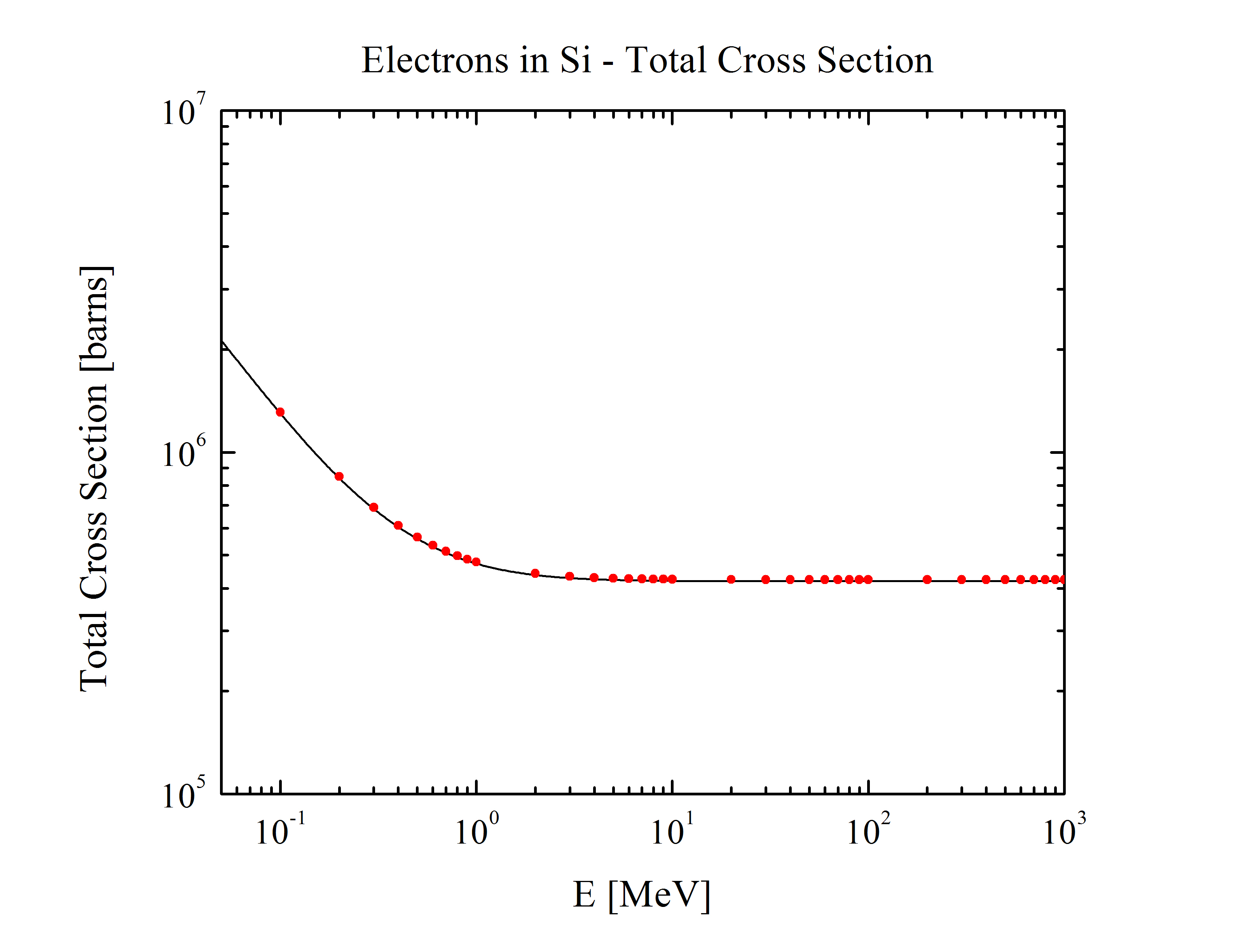 107 Electrons were generated for traversing a slice of silicon 10-2 μm thick and  2.1x105 interaction were produced. The thickness was kept as thin as possible to reduce the multiple scattering effects in the angle distribution Y(θ) and the energy loss of the trasmitted particles. The differential cross section was calculated as:

The calculated differential cross section was compared to the analytical one contained in SR-NIEL code:

Following is the results of Nuclear Stopping Power coming from simulations in Geant4 compared with the SR-NIEL results. A variable number (to obtain ~103 displaced atoms) of protons were generated for traversing a slice of Silicon 10μm thick. 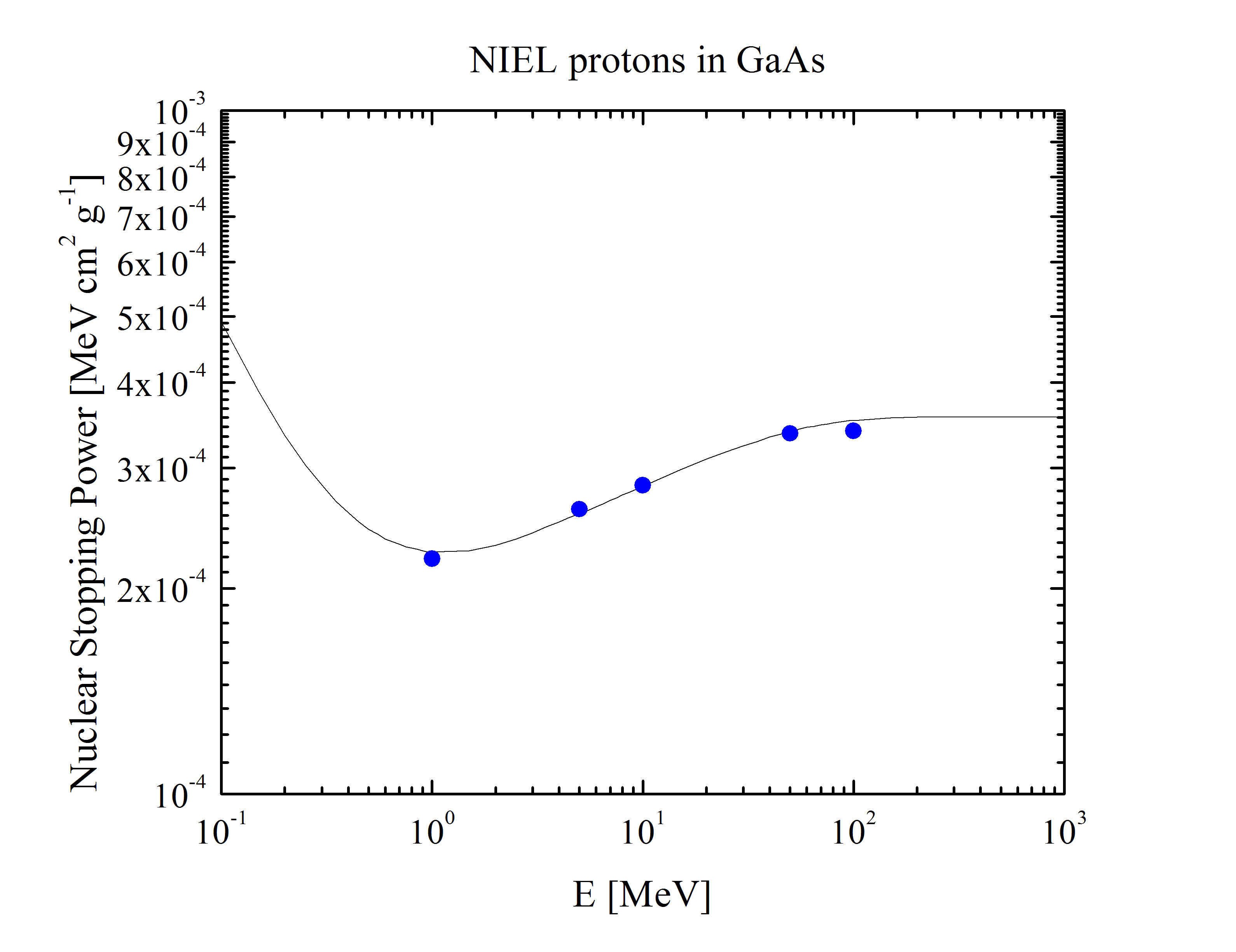 Following is the results of the Non Ionizing Energy Loss (NIEL) coming from simulations in Geant4 compared with the SR-NIEL results. A variable number (to obtain ~103 displaced atoms) of electrons were generated for traversing a slice of Silicon 10μm thick. The threshold energy for displacement was set to 21 eV. 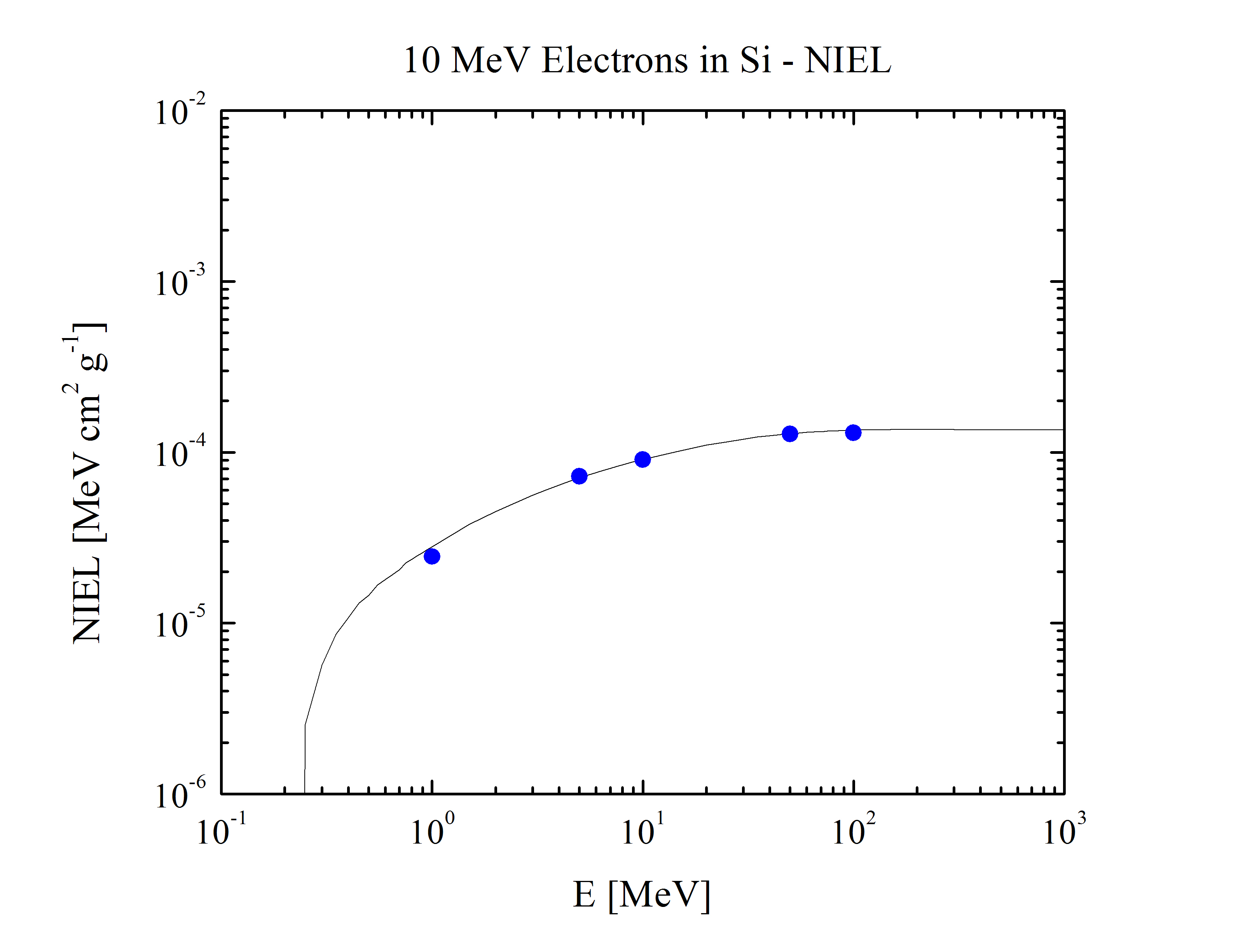