We have 13 guests and no members online

In sr-niel website, the resulting effect from collision energy losses of particles traversing an absorber – e.g., a device – is discussed in terms of electronic stopping power, if not otherwise explicitly indicated. For instance, the user can find the treatment of such a physical mechanism in Chapter 2 of Leroy and Rancoita (2016) (see also references therein).

However, the energy deposited in an absorber may be lower than the energy actually lost by a particle by collision losses on atomic electrons.  In fact, typical radiation detectors or devices are not thick enough to fully absorb secondary δ-rays, emitted during the process. Thus, in order to account for such an effect, one needs to define an effective detectable maximum transferred energy W0. Beyond the ionization loss minimum or for W0 ≪ 2mc2 - where m is the electron mass at rest and c the speed of light -, the energy-loss formula reduces to the so-called restricted energy-loss equation (e.g., see Sect. 2.1.1.4 in Leroy and Rancoita (2016)), which – at high energies – reaches a constant value called Fermi Plateau (for massive particles in silicon absorbers, e.g., see here ), i.e.,

One has to remark that, in ICRU-85 (2011) the linear energy transfer is defined in sect. 4.5 reported in the following. 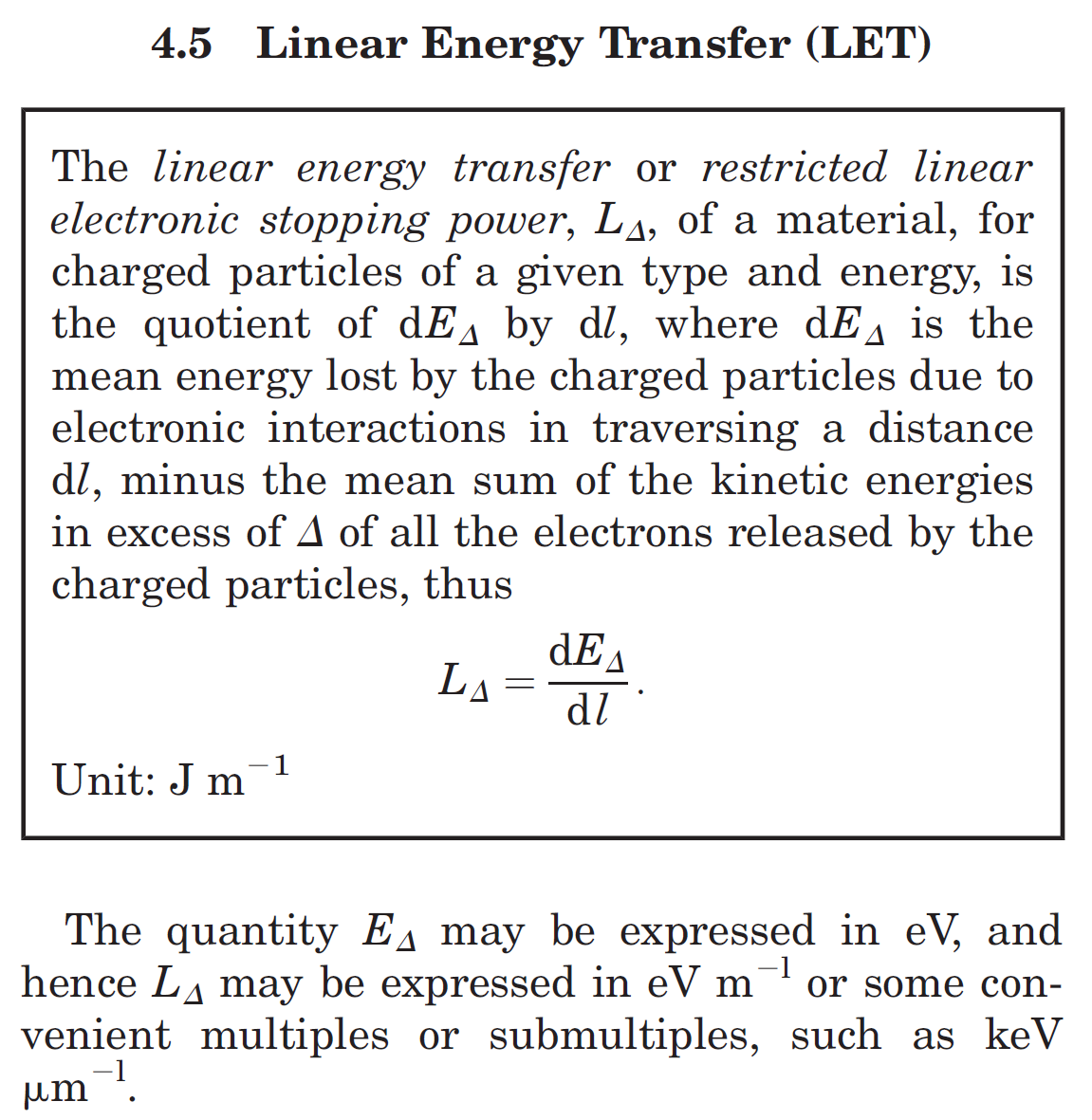 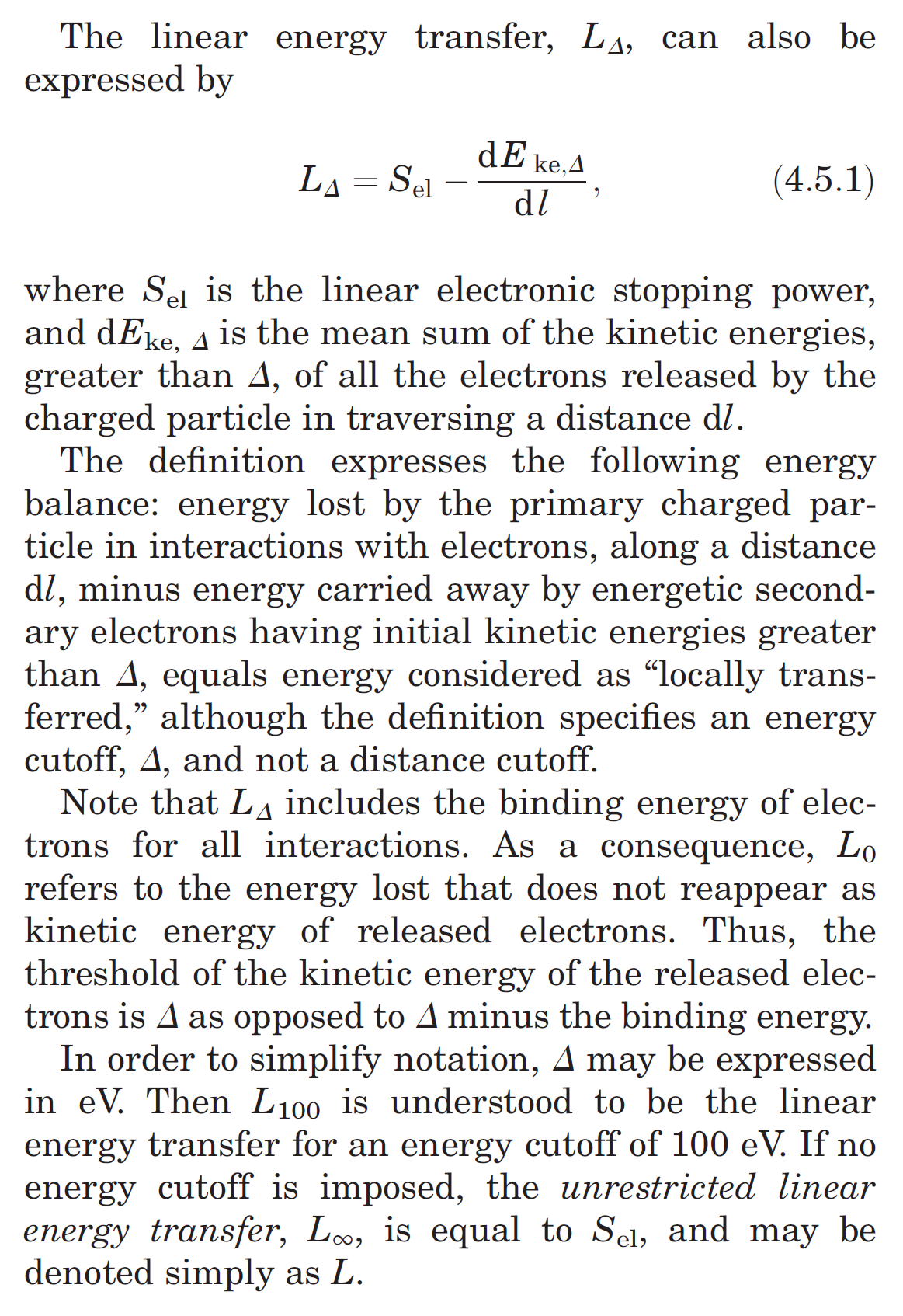