We have 12 guests and no members online

The current web calculator allows one to obtain the residual spectral fluence or residual energy for protons and ions traversing a shielding material by exploiting the "SRIM Module.exe" included in SRIM 2013 code (SRIM Tutorials), i.e., the used electronic stopping power tables are those provided by SRIM code.

The following link give access to the Web Applications for the calculation of the residual spectral fluence or residual energy for protons and ions traversing an absorber: 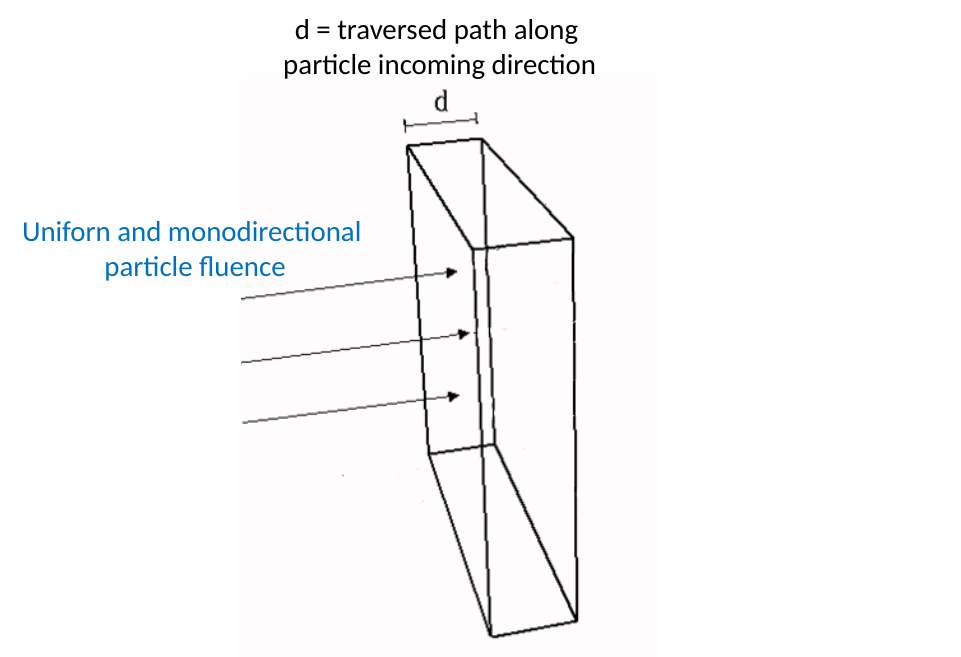 In the web Calculator, using the pull down menu, the user can select the calculation of the residual spectral fluence or the residual energy for incoming protons or ions.

In the web Calculator, using the pull down menu, the user can select the species of incident particles, i.e., protons or any other elemental ions.
Except for proton and alpha particle masses, the user can also modify the mass (in amu) of the incident particle (e.g., for all isotopes one can refer to this page): the default mass is that of the most abundant isotope (MAI). Further information are available at the following webpage.

In the web Calculator, using the pull down menu, the user can select the number of steps of the calculation - i.e., the traversed path is divided by the number of the steps.
The results of each steps is used as input for the following one to obtain the final result for the total traversed path.

This section define the points of the spectral fluence as a function of energy.
The input format is one point per line (Energy - Flux , separated by a space or tab); it is also possible to copy and paste values. The minimum value of the particle spectral fluence is 1 keV.

This section define the list of energy of the incoming protons or ions.
The input format is one energy per line; it is also possible to copy and paste values. The minimum value of the particle energy is 1 keV.